There are many reports coming in with analysis of the President's Veteran's Day speech today, in Pennsylvania. So far no outlet has published a transcript.

I watched it, it was to the point, and it was an indictment on those Democrats that voted for the war, yet now are calling into question the intelligence that led them, to vote for it. Especially, since they had seen the same intelligence reports, he did.

“The stakes in the global war on terror are too high and the national interest is too important for politicians to throw out false charges,” the president said in his combative Veterans Day speech.

“While it’s perfectly legitimate to criticize my decision or the conduct of the war, it is deeply irresponsible to rewrite the history of how that war began,” the president said.

``It is deeply irresponsible to rewrite the history of how the war began,'' Bush told military families at an Army depot near Wilkes-Barre, Pennsylvania today. ``More than 100 Democrats in the House and Senate who had access to the same intelligence voted to remove Saddam Hussein from power.''

``Some Democrats and anti-war critics are now claiming we manipulated the intelligence and misled the American people about why we went to war,'' Bush said in a Veterans Day speech.

``These critics are fully aware that a bipartisan Senate investigation found no evidence of political pressure to change the intelligence community's judgment related to Iraq's weapons programs,'' he said

Here is the Senate roll call vote for the authorization to use force.

Notice some of the names that voted yea?

Bush is the biggest liar, as my Granny says-that God ever put breath into.

It is absurd for Bush to infer any Senator-dem or repug- got the same intelligence reports he got.

They got the ones Cheney's "Office of Special Plans" made up.

That non-partisan report he talks about is nothing but a white wash. Read the DIA and CIA reports instead. Also check the GAO.

Prissy, you have bought into a lie. Congress exercises an oversight function. How does it make sense for them not to get the same intelligence that Bush recieves and be able to exercise their oversight?

Also, you are overlooking the fact that the intelligence from other countries were getting the same intelligence, as noted by the passing of several key UN resolutions. These resolutions were not vetoed by any security council members.

And finally you are overlooking the fact that the Clinton administration received and quoted the same conclusions that Bush did.

This is why national security cannot be entrusted to liberals. They put their agenda before the safety of the country.

He had the same reports that were available during Clinton's administration.

In fact here are some quotes from your some of your heroes, notice the dates on some of them:

"Without question, we need to disarm Saddam Hussein. He is a brutal, murderous dictator, leading an oppressive regime ... He presents a particularly grievous threat because he is so consistently prone to miscalculation ... And now he is miscalculating America's response to his continued deceit and his consistent grasp for weapons of mass destruction ... So the threat of Saddam Hussein with weapons of mass destruction is real..."


"I will be voting to give the President of the United States the authority to use force -- if necessary -- to disarm Saddam Hussein because I believe that a deadly arsenal of weapons of mass destruction in his hands is a real and grave threat to our security."


"One way or the other, we are determined to deny Iraq the capacity to develop weapons of mass destruction and the missiles to deliver them. That is our bottom line."


If Saddam rejects peace and we have to use force, our purpose is clear. We want to seriously diminish the threat posed by Iraq's weapons of mass destruction program."


"We must stop Saddam from ever again jeopardizing the stability and security of his neighbors with weapons of mass destruction."


"He will use those weapons of mass destruction again, as he has ten times since 1983."


"[W]e urge you, after consulting with Congress, and consistent with the U.S. Constitution and laws, to take necessary actions (including, if appropriate, air and missile strikes on suspect Iraqi sites) to respond effectively to the threat posed by Iraq's refusal to end its weapons of mass destruction programs."
Letter to President Clinton.


"We have known for many years that Saddam Hussein is seeking and developing weapons of mass destruction."


"Saddam Hussein has been engaged in the development of weapons of mass destruction technology which is a threat to countries in the region and he has made a mockery of the weapons inspection process."

I could go on, but you probably would not recognize the truth, no matter how many I post. These reports are not new.

And as far as reading, I have read more reports, more books, more articles in my sleep than you have awake, and it shows in the lies you have chosen to buy into.

Thank you for visiting my blog.

Prissy, I'd respond to your post and would try to set you straight, but all and LA did a fine job. 'Nuff said.

Prissy won't be back Esther. She was just a quick drive by, sponsored by MoveOn.Org.

She hasn't got the guts.

Just when I was complaining to friends that Bush doesn't wage an intellectual war, he comes out swinging. Now this is more like it. In the past Bush didn’t dignify the absurd charges the Left makes about intel. The media, however, gives these charges constant air time. Bush is right to call this revisionism of the worst kind. I’d like to see more of that Bush.

GWB's speech is up @
www.whitehouse.gov

Prissy: Bush is the biggest liar, as my Granny says-that God ever put breath into.

Well, that is ludicrous!

On the other hand, LA, your response was excellent.

MSNBC: the president said in his combative Veterans Day speech.

A "combative speech" is perfect for Veterans Day, but I'll bet that little fact is wasted on the MSNBC commentator.

I am sure MSNBC wanted to show the speech in some kind of negative light. But they cannot change the fact that it was a good speech and long overdue. I think turning the other cheek and ignoring the ignoramuses are noble acts in spite of the way the behave. But at some point he had to say, enough is enough.

Like our new blogfriend's name, he had all he could stands and he couldn't stands no more. Uck Uck Uck Uck. 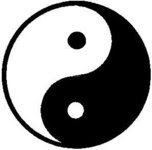 LA Sunset
I am a political independent that belongs to no political party. I base my political ideology solely on principle, and not by daily talking points. I am a non-denominational Christian that belongs to no church. I have incorporated many different beliefs into my personal theology and rely on no one entity to influence my personal beliefs. Above all, I am a free thinker and value the right and ability to express my thoughts, without fear and regret.

All comments are welcome, regardless whether they are in agreement with the opinions expressed here or not. The only rule is that we keep them directed and confined to the argument being made. This means no personal attacks directed towards another poster.

Most of the time, I try to acknowledge comments. But if I do not respond to one, please do not be offended. Sometimes, a comment says it all and there is nothing more I can add to it. Other times, I may be too busy in my real world to respond, appropriately.

Either way, know that all views are welcome. And as always, thank you for reading PYY.

What Breed Of Conservative Are You?

You are a Free Marketeer, also known as a fiscal conservative. You believe in free-market capitalism, tax cuts, and protecting your hard-earned cash from pick-pocketing liberal socialists.

Take the quiz at www.FightLiberals.com 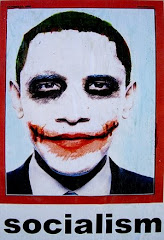